During my visit to China this past summer I attended a concert of the Chinese Military Police Men’s Chorus ( (中国武警男声合唱团）at the National Centre for the Performing Arts （国家大剧院）in Beijing.  I decided to attend this particular concert partly because I wanted to see the inside of the Centre but also as this seemed to be one of the most interesting events at the Arts Centre during my stay in Beijing. 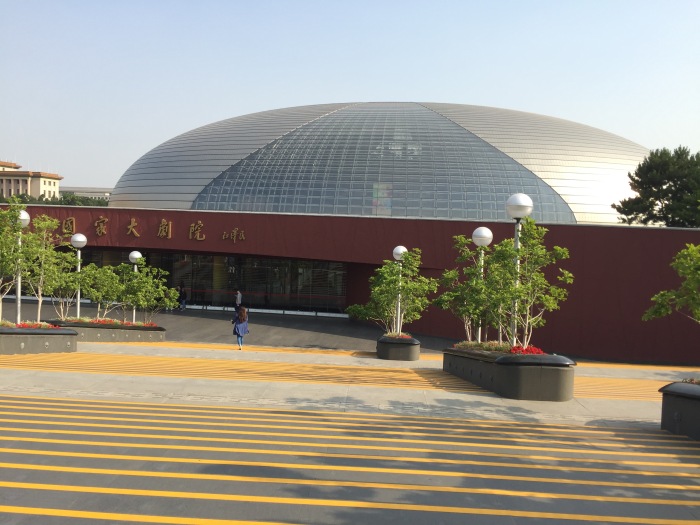 The Arts Centre is located just south of Changan Avenue West, across the road from the entrance to Zhongnanhai（中南海)  –  the location of the Communist Party and National Council/Central Government headquarters.  It is a very large building which was designed by the French architect Paul Andreu and opened in 2007.  The Centre contains three halls: the Opera Hall (seats 2,416), Concert Hall (seats 2,017) and the Theatre Hall (seats 1,040).  Despite its size, it is not a major presence in its immediate neighbourhood, because it is set well below the level of Changan Avenue.  It is more easily seen from a distance, for example from the top of Coal Hill in Jingshan Park north of the Forbidden City.

The Military Police Men’s Chorus （中国武警男声合唱团)  was founded many years ago and is the only military chorus of its kind in China.  According to the entry in China’s Wikipedia equivalent Baidu Baike, it has a complement of 80 singers who are “the most accomplished graduates of the Academy of Music”.

The evening’s program was entitled ‘In the Resplendent Sunshine’ and featured many songs about the countryside, lakes and mountains, and China’s bright future.  Many of the songs were of a very patriotic nature and one was said to be ‘beloved of Chairman Mao’.  Titles included: ‘I am a Soldier’ and ‘Ten Thousand Lakes and a Thousand Mountains are Beautiful China’s Road’ (the titles sound better in Chinese).  The songs were introduced by two male and female officers (standing at the left in the photo at the head of this post) who spoke in very positive tones and stood ramrod straight throughout.  Members of the audience were very familiar with many of the songs and sang along to some of them.

I am not a musical expert but I enjoyed the performance and I was able to understand the gist of the lyrics from the surtitles.  The cost of my ticket was 160 Yuan (around £20), the second cheapest of the tickets available – the price range was similar to that at the Barbican Concert Hall in London.   The hall was not full, but there was a very respectable crowd, almost entirely Chinese (in fact I did not see any other western person there apart from myself).  The standard of dress was also high, at least as high as in London concert halls.

Here are a few more photos of the Arts Centre and the Concert Hall, plus the scene in Changan Avenue after the concert: 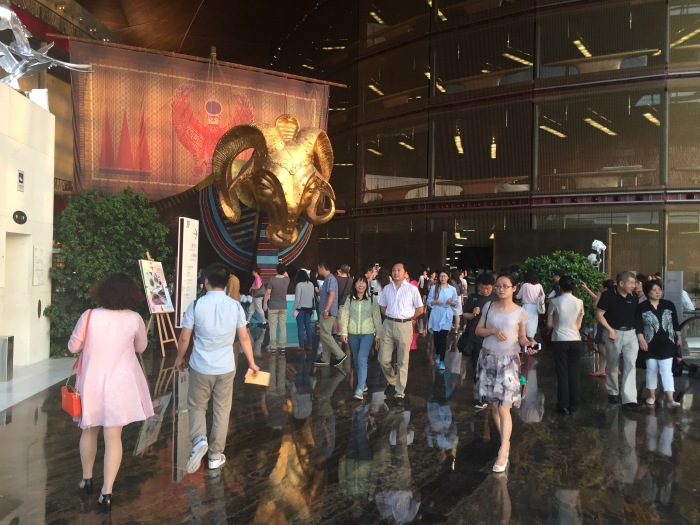 Concert goes walking through the foyer before entering the Concert Hall 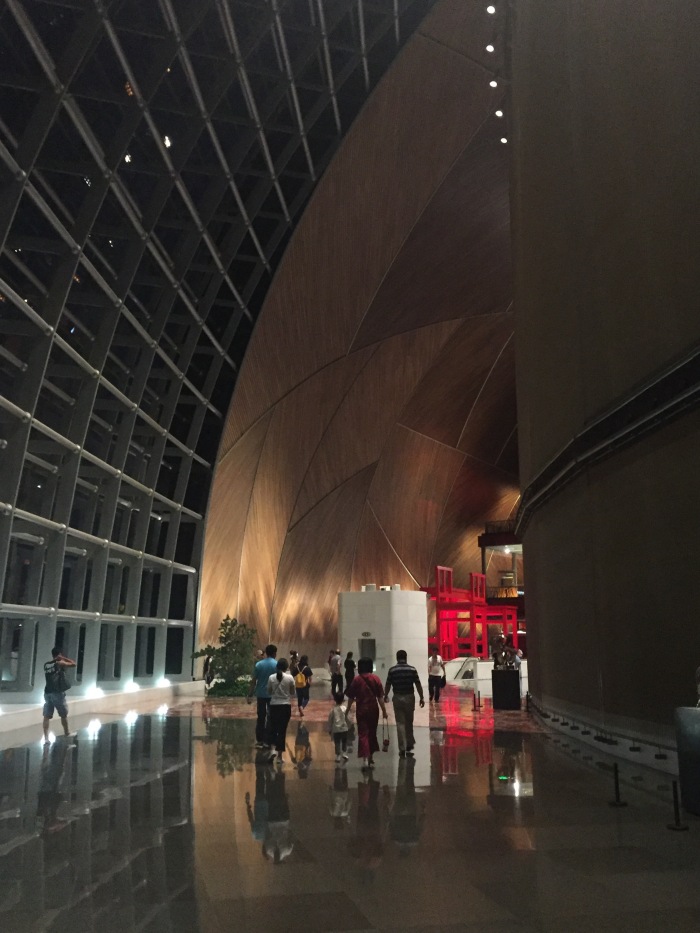 A passage in the Arts Centre 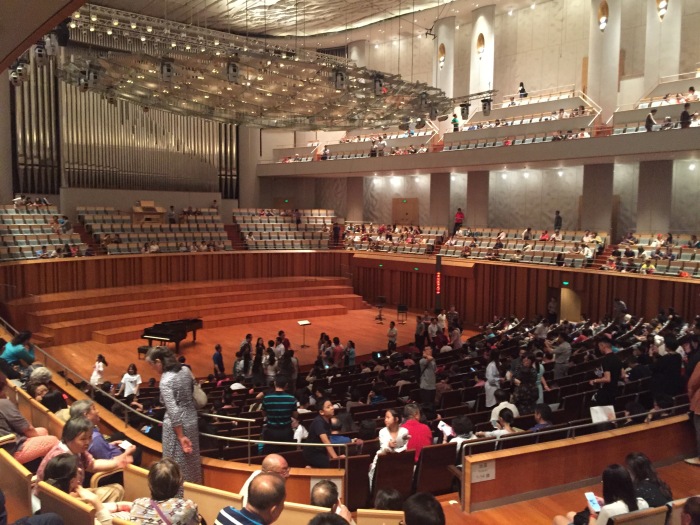 The Concert Hall during the intermission 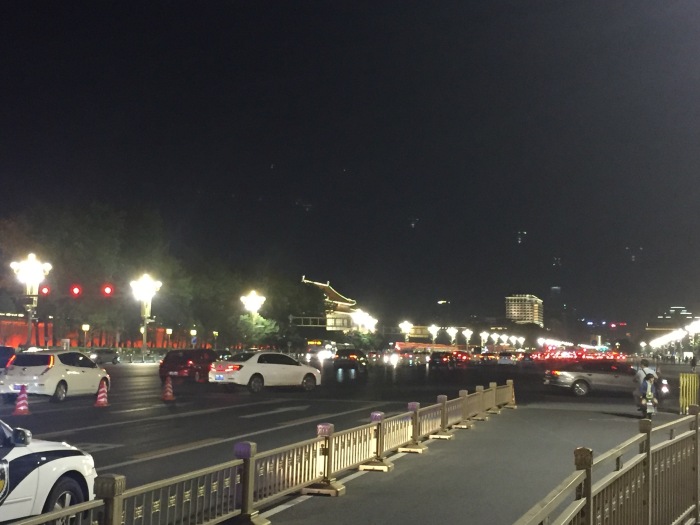 Changan Avenue looking east outside the Arts Centre. The entrance to Zhongnanhai is on the left.

Like Loading...
‹ A Visit to the Geological Museum of China in Beijing
We Are All Marxists Now ›